So first, can you please tell me some information which you think is relevant about you and your music?

If you had to pick between landscape and portrait to take a picture of me or my music, it would be landscape. I’m definitely a landscape kind of guy.

What do you mean by landscape? Do you see your music as a Bigger Picture?

I literally enjoy wide landscapes. It’s something I like both in nature and in music.

Sure, your music reminds me of nature, especially some kind of rainforest. Some kind of bright and green place, which is full of life.

Yeah that’s exactly what a lot of people have said. It’s funny because I don’t necessarily think of those places when I make my music.
But I guess that’s what the image is!

What do you think of then? Is it like a concept, is there some kind of story happening on these landscapes? I remember that once you described the content of one song as some kind of cyberpunk or steampunk warfare, right?

The way a song is born usually starts with a pad or texture I want to bring to life. I start off by paying attention to the sounds themselves and see whatever they might inspire next. Sounds generate inspiration for the next ones added in. After a while I usually feel like the song is growing outside of me, like an ecosystem I’m humbly trying to manage. The cyberpunk warfare thing was about Dirt vs Wind. That’s the imagery that inspired me once it was in it’s final stages of production. I actually don’t really know where the song is going until about 75% of the sounds have been dragged into the sequencers. It’s a big improvisation. It’s an echo in response to all the movies I watch with my friends, the video-games I’ve grown up playing, the animes I’ve geeked out on, etc.
But once in a while… Something happens in life that you want to bring out of yourself. Like when you suffer, or when you experience a new city or landscape… Those are the things that will always make my tracks more relevant. It’s like that for most artists, of course.

Sure, thank you. Can I ask something about production? For example how you create your samples, do you use your own field recordings?

I use field recordings for atmospheres and some trinkets and percussion.
I also glitch my beats a lot.
I sometimes record myself playing with random effects on banal samples… But the results are more interesting.
I love granular synthesis, too.

What do you like to do apart from music?

I love playing games like Minecraft, Starcraft 2, and Borderlands 2. I actually am applying for work in video-games companies for audio design. Montreal is definitely a good city for that. I also love nature and walking. Skateboarding is another thing I’ve always loved.
I do audio post-production contracts for documentaries and short films, and even dance routines. Sound is pretty much my priority though. Until I can live off my craft, however, I’ll be working at a hotel front desk.

That’s great, I’m a skateboarder!! And I’m pretty interested in computer games too, eventhough my laptop is not good enough for new ones…Btw how is life in Montreal? I know quite a number of artists from there, like A Silver Mt. Zion used to be one of my favorite bands…lot of good artists are from there…

Yeah my friend Johnny (Sipp/Smaug) is really an amazing producer and beatsmith. Lyndsie Alguire was my roommate for a while. Both are very active on soundcloud. I also like local bands like Of Montreal, Godspeed You Black Emperor and Patrick Watson. So many more. Amon Tobin used to live in Montreal. Don’t know if he still has a pad here or not, but man did he ever change my life.

Do you think there’s any special reason why there are so many good artists from Montreal? Is this city somehow unique for you?

I think the city has a bit of a bohemian vibe. Lots of people with open minds to different styles and cultures. I don’t consider it more important than other artistic cities in the world… but what I do know is that it has a unique link to latin roots because of the early French colonization. The English could have completely assimilated the French population’s language but let them keep it after they won the war. A couple hundred years pass, and you basically get a vibrant, sometimes clashing but ultimately beautiful, strange culture that has evolved. It just makes the vibe slightly different. Learning how to get along usually means learning to listen. I’m no historian or sociologist, but I know that’s part of the city’s charm. Also: we have crap weather in winter. This generally makes people angst and depressed, which then comes out in the form of art. To quote one of my favorite games, Myst 3 Exile: ‘’Dynamic forces spur change.’’

Ok, thanks for that! I think I will ask you last question… How’s the work on alchemy going? 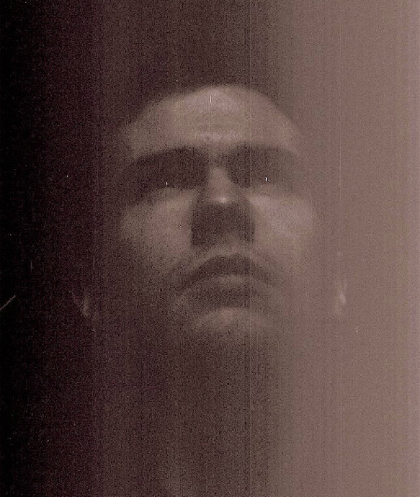